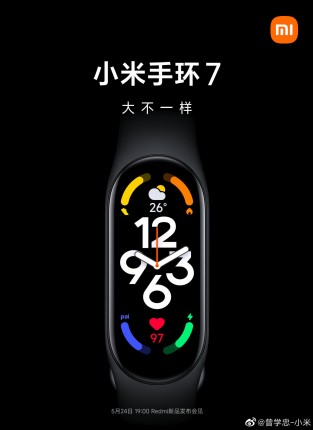 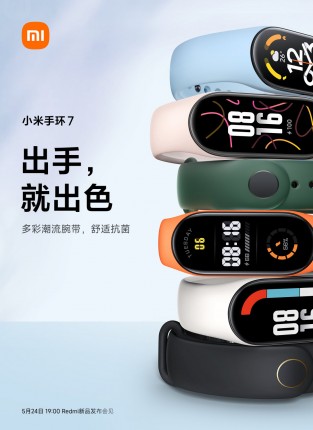 Mi Band 7 will adopt the familiar pill-shaped design of its predecessors but with a 1.62-inch AMOLED screen up from the 1.56-inch size on the outgoing Mi Band 6. The larger panel will allow for more watch complications on the watch screen which should be easier to read than on past models. It will be interesting to see how the larger screen impacts the overall form factor of the band.

The new teasers also detail the presence of NFC which will most likely be market-dependent yet again. Other features include heart rate, blood oxygen and exercise data measurements as well as the usual mix of built-in apps for weather, music controls and alarms.