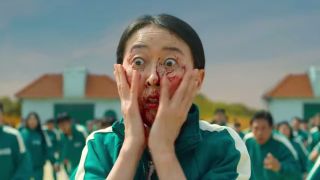 Tudum is back – and the 2022 version of Netflix’s annual global fan event looks like it’ll be the biggest installment yet.

In an official trailer for this year’s free virtual event, Netflix revealed that some of its biggest shows and movies will be part of the 24-hour party, which takes place on Saturday, September 24 and will celebrate everything to do with the world’s biggest streamer.

So, what can we expect to see at Tudum 2022? For starters, more news on Stranger Things season 5, Squid Game season 2, and The Witcher season 3, with the trio of hugely successful Netflix shows confirmed to feature at the event.

Take a look at the official Tudum 2022 trailer below:

Netflix isn’t just going to tell us more about those three TV series, though. Shadow and Bone season 2, The Crown season 5, The Umbrella Academy season 4, Bridgerton, Money Heist, Heartstopper, and Alice in Borderland are all part of proceedings, though it’s unclear in what capacity. We might get first looks at Shadow and Bone and The Crown, while we’re sure to learn more about the next seasons in, and spin-offs of, the other five hit TV franchises.

On the film side of things, Netflix is preparing to bring its big guns to the party, too. Extraction 2, Enola Holmes 2, Glass Onion: A Knives Out Mystery, The Old Guard 2, Slumberland, and many more Netflix movies will be shown off at Tudum 2022. Expect to see first trailers for the sequels to Extraction, Enola Holmes, and The Old Guard, while we’re sure to learn more about Netflix’s other tentpole movies throughout the event.

Tudum 2022 will also provide viewers with other exclusive content. Behind-the-scenes footage, cast interviews, and exclusive news will be unveiled during the event, as will new looks at Netflix’s forthcoming catalog of videogames. In total, audiences can expect to hear more about 120 Netflix projects spread across its various divisions.

Here’s a rundown of just a few of the films, shows, and stars you can expect to see at #TUDUM A Global Fan Event on Sept. 24! https://t.co/D7vC9SsHW1 pic.twitter.com/mOUK5SbKBUSeptember 14, 2022

Last year’s event – the first of its kind for Netflix – drew in 25 million viewers across 184 countries. Clearly, Netflix wants to go bigger and bolder with the second iteration of its in-house virtual event, and the streaming giant is certainly ramping things up this time around, with five events set across four continents.

Beginning at 11 AM KST / 3 AM BST on September 24 (7 PM PT / 10 PM ET on Friday, September 23), Netflix will kick off the first of its five global events that’ll make up Tudum 2022. This part of the 24-hour livestream will showcase some of the Korean films and TV shows in development exclusively for Netflix.

Some of the world’s biggest actors and directors will be on hand to present the five fan events throughout Tudum 2022 – over 200 talents will be in attendance – so fans will definitely want to tune in to see who will appear. For a full rundown of the movies and TV shows that’ll feature at the event, fans can visit the official Netflix Tudum website (opens in new tab).

TechRadar will be covering the US, UK, and European portion of Tudum 2022 live on Saturday, September 24. Be sure to check back in with us closer to the event, too, for our expert guide on everything worth knowing about Tudum 2022.

For more Netflix coverage, check out the best Netflix documentaries, or find out what’s leaving the streaming service in September 2022.

The Sims 4: Base Game Will Soon Become Totally Free - Reso