South Korea’s Personal Information Protection Commission (PIPC) hit Google and Meta with fines totaling KRW 100 billion over the violation of privacy laws. This is the biggest such fine in the country to date and also the first to be imposed over the collection and use of behavioral information for customized advertising.

Google is taking the bigger hit, KRW 69.2 billion (around $50 million), while Meta was fined KRW 30.8 billion ($22 million or so). The two companies were accused of not acquiring legitimate consent before collecting user information through third-party websites and apps.

PIPC found that Google did not properly inform users that it will collect and use behavioral data. It was also chastised for setting the default choice to “agree” while hiding the other options behind a “More options” button. This is in contrast to what European users are seeing, comparison below (note: both screens are in Korean). 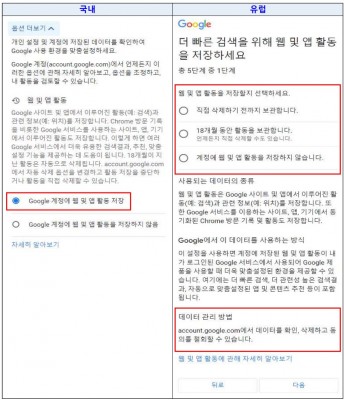 In May Meta started asking Korean users to accept its updated privacy policy by August 8 or they would lose access to their Facebook and Instagram accounts by August 9. This push was one of the things that caused the PIPC to take a closer look at Meta’s operation. 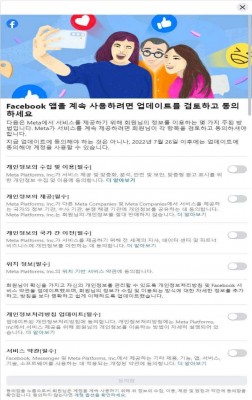 Besides the fines, Google and Meta have been ordered to rework their consent dialogs in a way that complies with Korean privacy laws.

“While we respect the PIPC’s decision, we are confident that we work with our clients in a legally compliant way that meets the processes required by local regulations. As such, we do not agree with the commission’s decision and will be open to all options, including seeking a ruling from the court,” a Meta spokesperson told TechCrunch.

“We disagree with the PIPC’s findings, and will be reviewing the full written decision once it’s shared with us. We’ve always demonstrated our commitment to making ongoing updates that give users control and transparency, while providing the most helpful products possible. We remain committed to engaging with the PIPC to protect the privacy of South Korean users.” a Google spokesperson told Reuters.

Yakuza 8 Will Feature a Return for Series Hero Kazuma Kiryu, Out in 2024 - Reso